This is a blog post I read today from the Runner’s Kitchen.  Megan summed up perfectly how myself, as well as I’m sure many other runners feel about the often, solo sport.  I immediately emailed her and asked if I could post it on my blog as well. 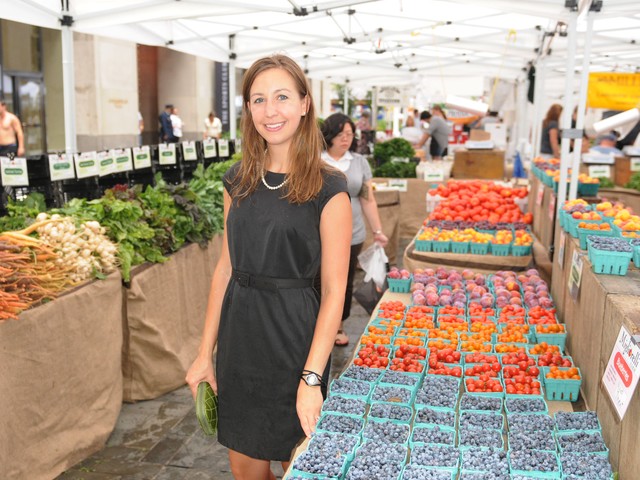 I will never be an Olympian. Running isn’t going to pay the bills. And since New York races are super competitive, I probably won’t even place in my age group (at least till I’m 60). Running is hard, sometimes it even hurts. It takes up a lot of time. And it can be expensive. It can be frustrating. And a lot of people will think you are weird.

I think my running friends mostly get it, but my non-running friends and co-workers? The thought of waking up at 6am on a Saturday to bust out 15 miles sounds plain crazy. So why do we do it? Why do we peel ourselves out of our warm beds when the rest of the world is soundly sleeping? Why do we lace up our shoes after a long day at work even though a beer sounds so much better? Why do we do this to ourselves? I mean, if we’re not going to win, what’s the point?

Sure, we all have individual reasons – to lose weight, to finish a race, to clear our heads, but I think for many of us, the act of running is a quantifiable way of bettering ourselves. I just finished John L. Parker’s Again to Carthage (he also wrote the cult-classic Once a Runner back in the 70′s) and the protagonist says it better than I ever could:

“When you’re a competitive runner in training, you are constantly in a process of ascending…It’s not something most human beings would give a moment of consideration to, that it is actually possible to be living for years in a state of constant betterment.

To consider that you are better today than you were yesterday or a year ago, and that you will be better still tomorrow or next week…That if you’re doing it right you are an organism constantly evolving toward some agreed-upon approximation of excellence. Wouldn’t that be at least one definition of a spiritual state?”

Maybe it’s hormones or because it’s race week, but I found myself nearly choking up with emotion as I read these paragraphs. “YES”, I thought, “this is why I train and compete.” When it comes to a career, further education, relationships, a family…sometimes I have no idea what I’m doing. Am I on the right track? Will I be a success? I don’t know. But I do know that I can better myself through running. I can doggedly log the miles, gut out track workouts, train myself to remain mentally strong during races. And this can all be quantified. Was I 10 seconds faster on this week’s tempo run? Did I run a PR? For now, that satisfies me.

Once most people start training for races, it can be difficult to stop. The feeling you get from logging more miles, running faster than you ever have before, getting stronger…the tired satisfaction after a week of miles, the elation at the finish line of a PR, even feeling like you might keel over in that last hard interval…that is my definition of the runner’s high.

Of course, there are dips in this constant state of ascension. You may get injured, you might feel burnt out, life may get in the way. It happens….but when you’re just getting better and better…when you’re working toward a goal that you had previously thought impossible – THAT is why we do this.

Thanks Megan and good luck in your Philly half!

2 Comments on To Become Better by Runner’s Kitchen