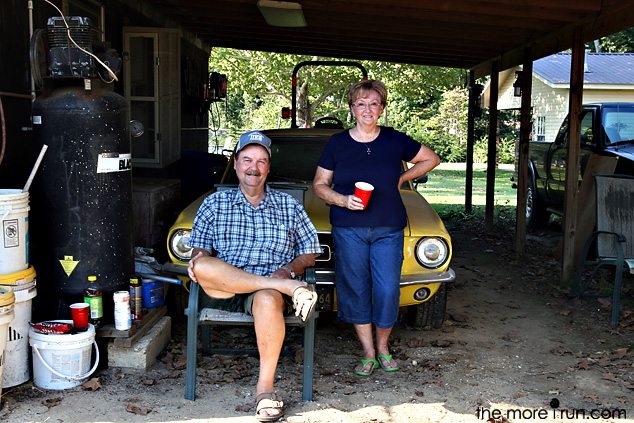 Now he only has chickens.

He asked us did we want the slightly used pigeon coop.

I’m not sure, but everybody needs a good chicken/pigeon coop, don’t they? 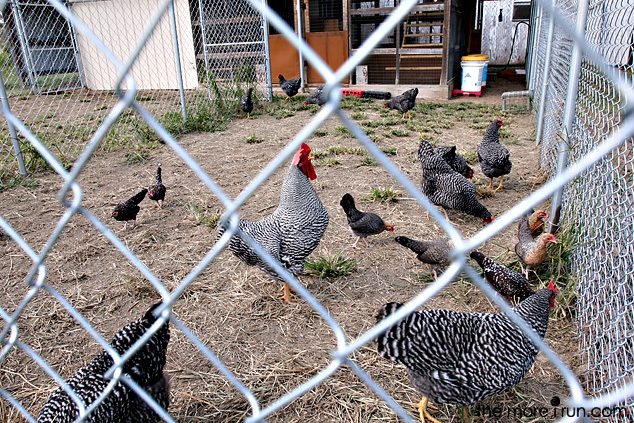 Little did we know when we agreed to come and get the pigeon coop, that it was a pigeon condominium/luxury apartment building.

To get this penthouse coop onto the this trailer. 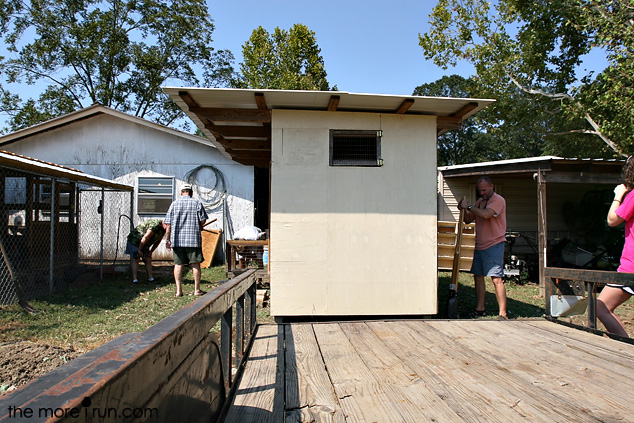 And so the digging began.

Not by me of course.

We’re thinking about adding it on to our house and using it as a guest bedroom. 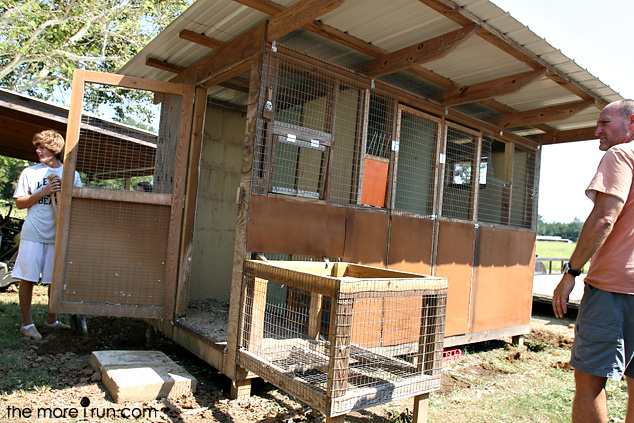 These chickens never stopped cock-l-doodle-ing the entire time we were there. 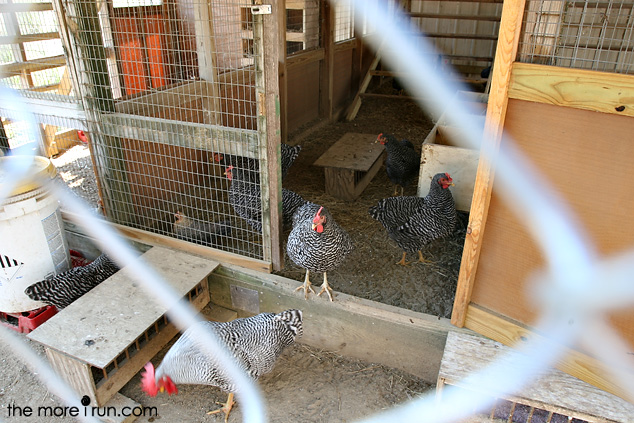 Holes were dug around the six legs of the coop and one pole was placed underneath as a lever to help lift it up. 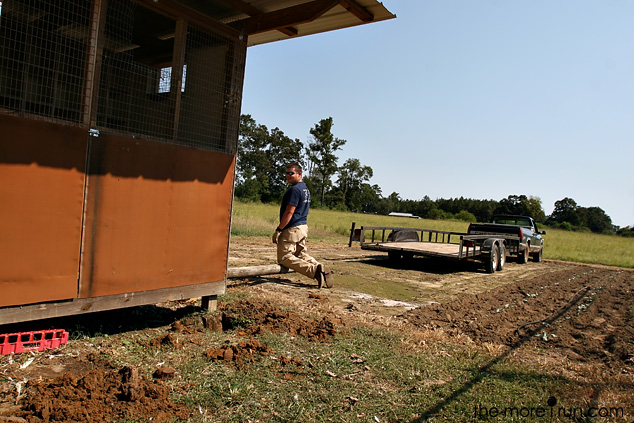 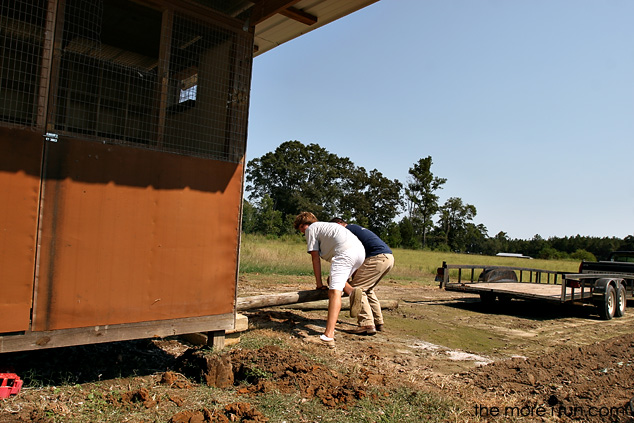 Then two posts were slid underneath to help lift it up. 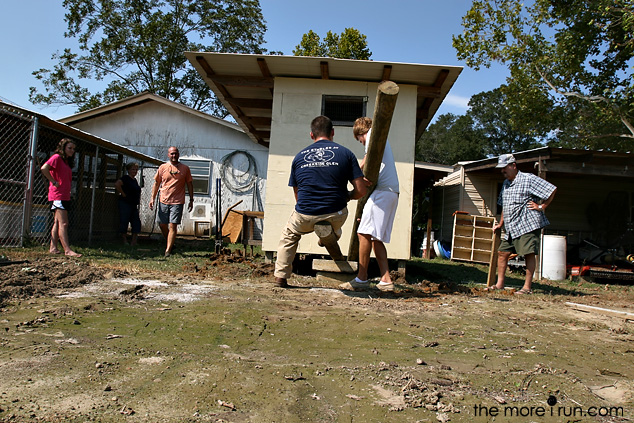 And Brother Ed and Joseph stand, sit and lie on the posts using their weight to help lift it up. 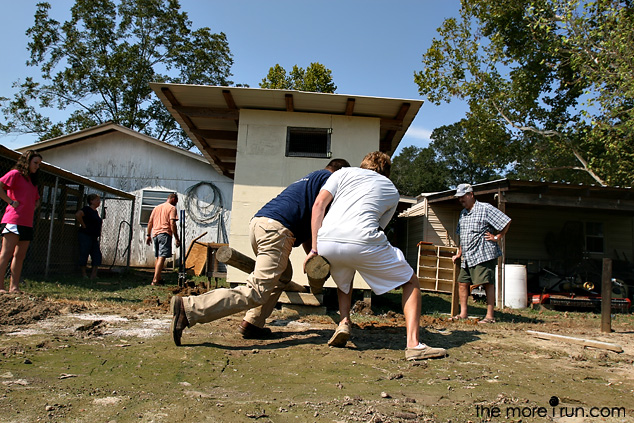 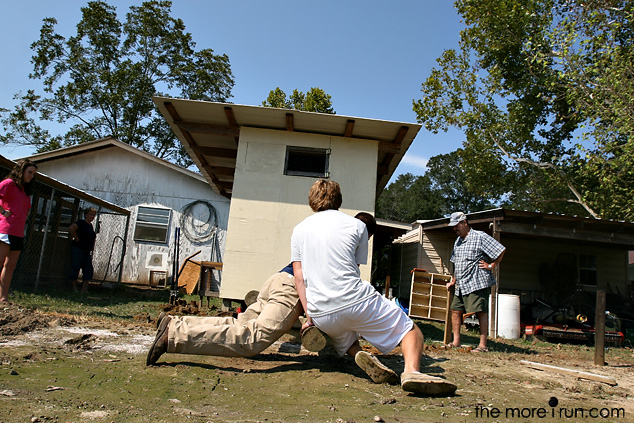 Ed shows off his personal trainer skills while he works. 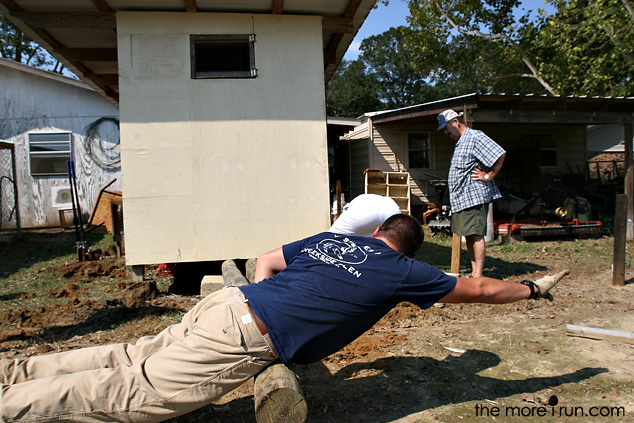 And Aunt Jan served us water.

I was extremely hot and tired from so much observing. 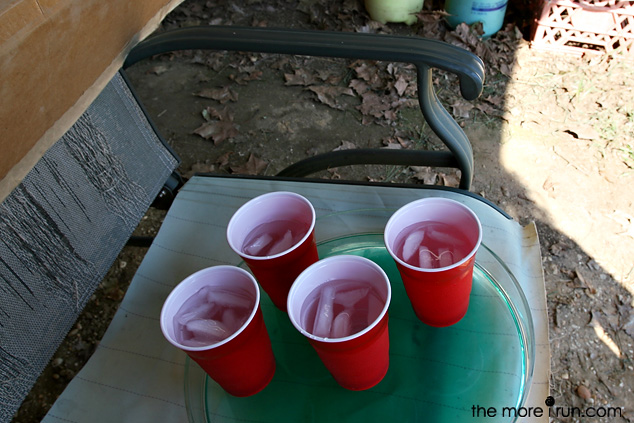 Saw the legs off instead. 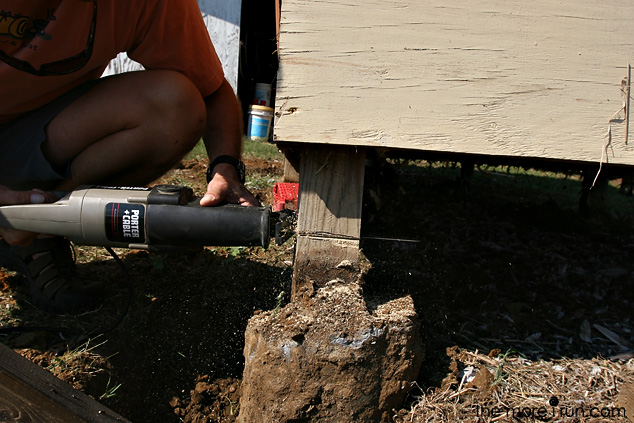 The posts were then placed under each side to lift it up. 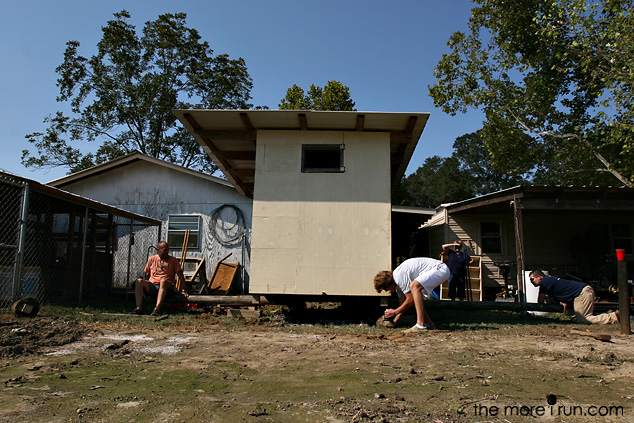 As Clark backed up the trailer to the edge of the condo coop. 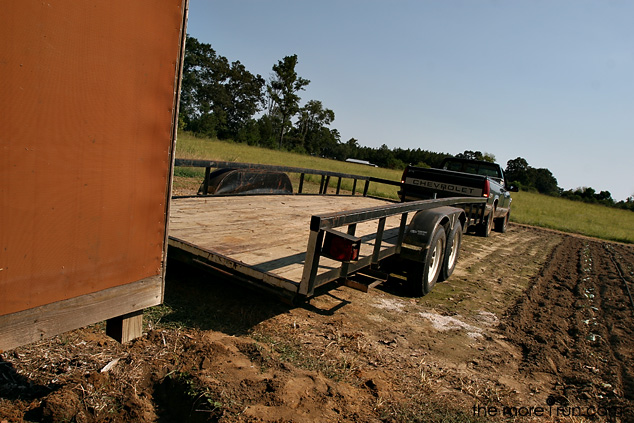 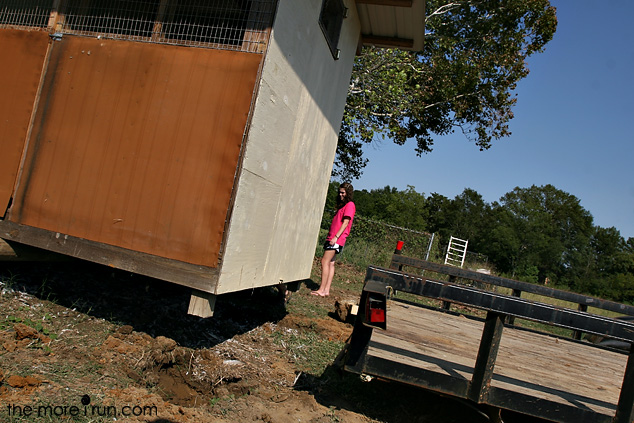 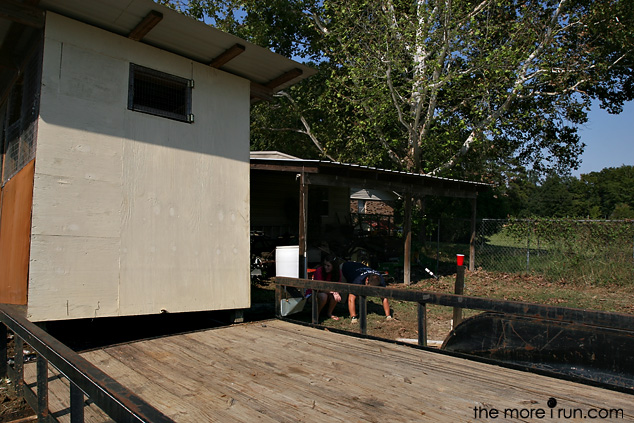 Finally the coop was raised high enough to ease the legs onto the edge of the trailer. 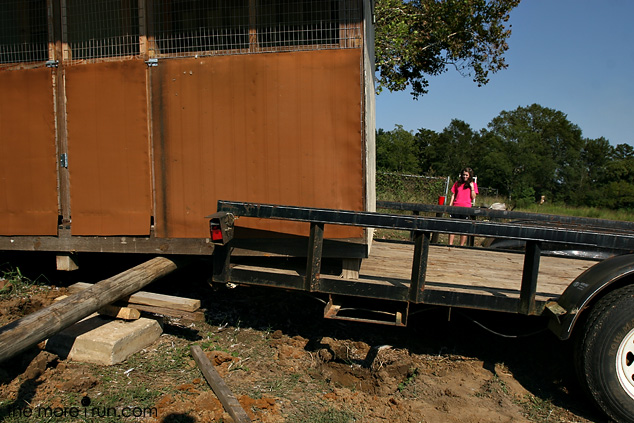 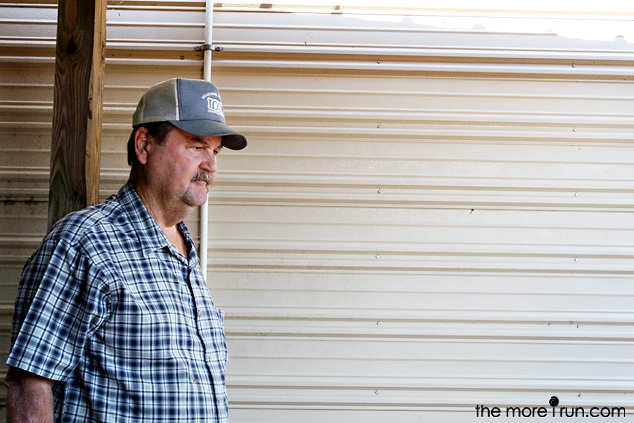 Clark and Cousin Alan hook a chain (technically called a come-along) to the trailer and also to the coop to ‘wench’ the coop onto the trailer.

A brilliant idea really, I wish I could say I thought about it.

It is my blog, so maybe I could say it was my idea? 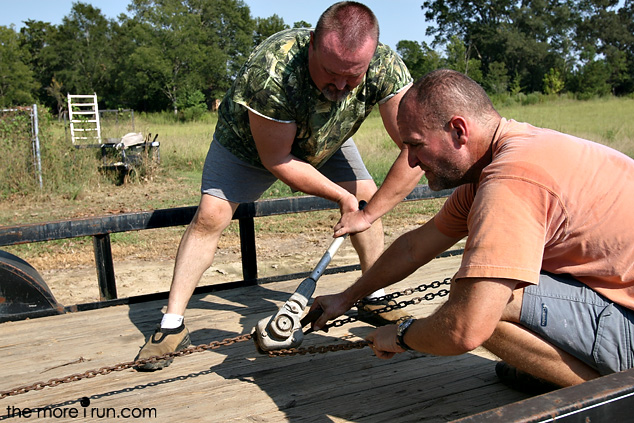 And as Ed and Joseph levered the back of the coop, Alan tightened the come-along at the same time. 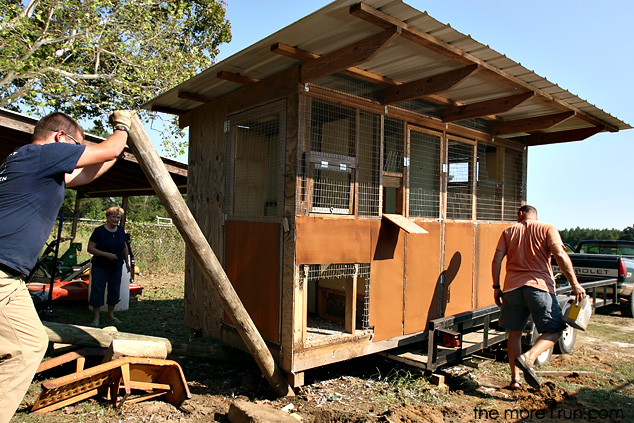 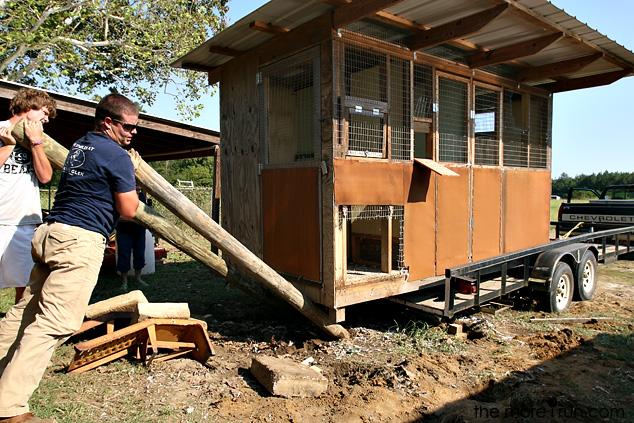 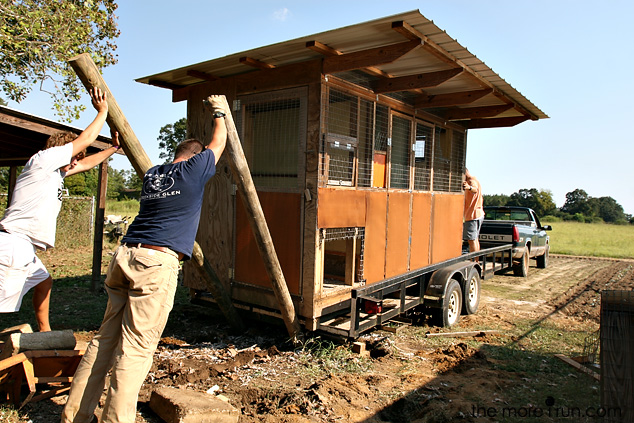 And we’re taking it home. 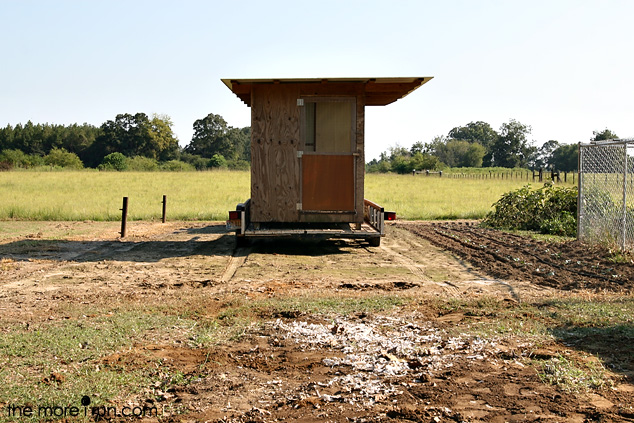 Now we’ve got to figure out how to unload it.