Marathon Training Week Recap?  Not much to report here at all.  I’m taking the week off.

In spite of last week’s treadmill running and actually doing pretty well at it–10 miles total–this week was really.  really.  bad.   I honestly think I overdid it on the treadmill by running too hard, too fast and too much.  Especially since it was my first time ever to run on a treadmill.  It also didn’t help that I was having to balance myself from left to right a little bit, too (we were in a boat on the ocean for heaven’s sake!)….and we probably walked a bagillion steps up and down the cruise ship that week.  Put all of that together=too much=injury.

After my last attempt on Sunday failed, I tried again on Tuesday.  Fail.  I experienced pain with the first running steps and it only got worse and at mile one I gave up and limped home.

As mad as I was about it, I made the executive decision to take the week off.  I’m still up in the air about this Saturday’s 5K I’ve signed up to run.  Augh.

In the mean time I’ve bought a new pair of running shoes (it took two attempts over two days) but I think I found a good pair, compression leggings (which I’ll be returning), and calf sleeves (I’ll post on these later).  I’m honestly going to look like the bionic woman when this is over!  But if you’ve experience pain while running, then you totally understand that I’ll do whatever I can run pain free.  My brain so badly wants to run, but my legs just won’t let me.

Anywho, I tend to supinate or underpronate so I was fitted with a neutral Brooks Defyance 4.  They’re really supportive and cushiony and fit my foot really snug.  It also helps that these shoes have gotten really good reviews from other runners.  So I’ll be giving these a try to see how they work. 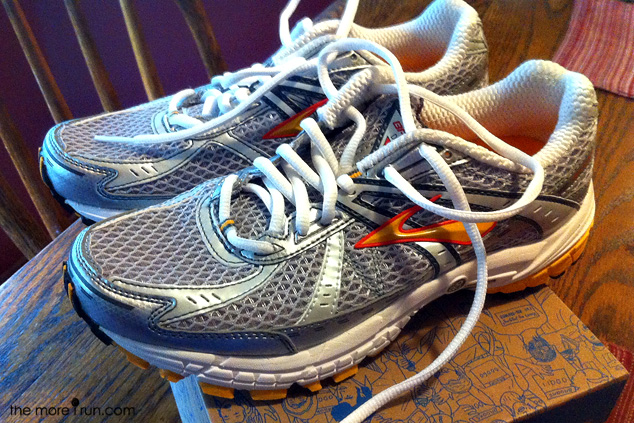 Do you experience pain and how do you deal with injury?