Since this was our first cruise, we really had no idea what to expect. As obsessive compulsive as I tend to be, I had done all of the research I thought possible and tried to ask as many questions as I could think of.

Since now having gone on a cruise, I learned tons of things and wished I would have know so much more prior to sailing.

These are just a few of the things I learned from our experience and I wanted to pass that on to you!

*Room Choice. Honestly the room size didn’t bother me at all. We chose an interior room with no window…of course, it was the cheapest. Also, being in this interior, mid ship room, we felt very little movement. But the room with the small porthole size window was the same size of the interior windowless room; it just had a window instead for quite a bit more money. Now having said that, if I ever cruised again, I would probably splurge (if possible) and go with a larger room with a window or suite with a balcony to our own. Having some air flow through the room and a place to retrieve from the crowd would have been super sweet. 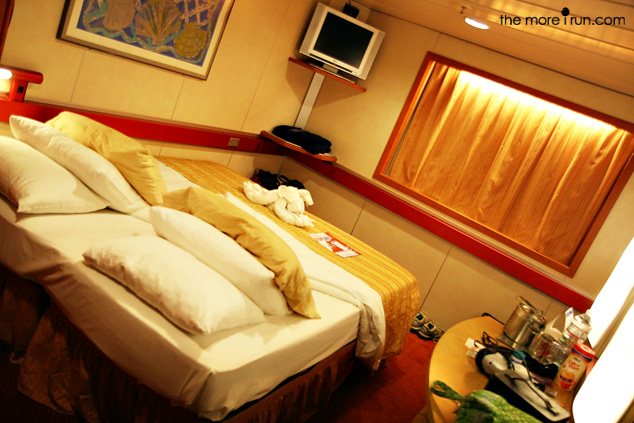 *Food. This is the primary thing I’ve heard from almost everyone about how wonderful the food is and its 24 hour accessibility. While I’m not a picky eater per se, I have to be choicy because of my lactose intolerance and my choice to eat healthy. There were two fine dining restaurants, a deli, a pizza bar, an ice cream bar and several buffets from which to choose.
—–Most of the food on the buffet was fried and unhealthy–For lunch, I ate mostly salads, fruit or chicken/Asian food from the Grill.
—–The pizza and ice cream bars are the only choices open 24 hours-I don’t eat either.
—–The restaurant food was good, but in small portions. We realized after a couple of nights, that we can choose anything we want from the menu. In other words, you’re not limited to one appetizer, one entree, one dessert. Order whatever and how much you’d like. The fine dining menu also offered healthy choices, such as grilled fish, etc.
—–Breakfast was the best (for me). I had scrambled eggs, oatmeal and fruit every morning. It was super yummy.
—–You can also order room service anytime so that was a nice option to have.
—–I realized (too late) that I could have taken some snacks and food from home with a small cooler. About day 3 I was craving peanut butter and Dannon Yogurt. I also realized on Day 3 or 4 that peanut butter was on the breakfast menu so that helped (but no other time was it available and pb is my go-to dessert for something sweet to eat). They did have yogurt but it was not good at all.
—–I saw so many other people carrying cases of sodas on the ship; I did, however take a few mini Soy milks which saved my life a time or two! I also took my own lactose free creamer and my preferred sweetener for my coffee–also a lifesaver! 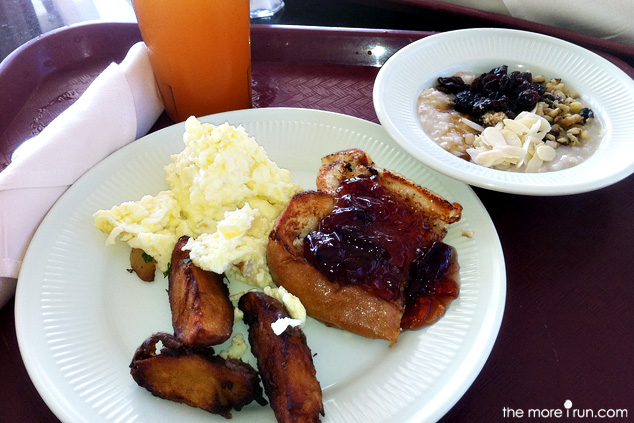 *Debit Card. Call your bank ahead of time and let them know you’ll be out of the country so they can approve your card use during that time. I literally called on our way to board and used the automated system. So glad I remembered to do that. I didn’t use it but a couple of times, but I needed it when I did use it!

*Cell Service. I also called my cellular service and added an international calling plan to my cell service. This also saved me because for $10 I was allowed 50 text messages and also had a cheaper calling rate. They also gave me instruction on turning the data service and roaming service to ‘off’ on my phone to prevent forced roaming. Now all I have to do is cancel that service.

*Boarding. This was honestly the worst part of the trip. It took over two hours to board, along with 2000 other people. I’m not kidding when I tell you I questioned what in the world had I done by booking this cruise!? We didn’t eat lunch as we were told the buffet would be open. Ok, good right? Wrong. It was right at 3:00 before we finally boarded and were starving. And sure the buffet was open, but those other 2000 people were also trying to eat lunch, too. We should have eaten before we boarded. Hungry girl=grumpy girl. But after we got settled in and ate, everything improved.

*Passports. While I’m not going to advise you to not get a passport, I will tell you that we opted to not get them. We did get legal copies of our birth certificates along with our drivers license. This did not cause a delay or any trouble at all for boarding. We chose not to get the passport simply because they were so expensive; so we chose to have our birth certificates instead. IF we would have any trouble or would have had to fly back, this is where it would have gotten ugly as we would have needed to have passports. But we took our chances and all was good.

*Cash/Ship Expenses. We primarily took all cash for spending money and only used our debit card a couple of times on shore. As far as any ship expenses you may acquire, you don’t need any cash at all (you’re given an id card to keep with you). Everything that is actually purchased on board is charged to your on board account that you pay for prior leaving. This may include any souvenirs or other items bought on board, extra sodas or drinks not included and even your excursions you purchase. This was really convenient to not have to take cash with me everywhere we went while on board. For the most part, I left everything secured in the safe provided in our room. If, however, you needed extra cash there is an ATM on the ship that charges $6 per use. Ouch! I also took along my SPIbelt to keep my cash, phone and lipstick. Perfect!

*Excursions. The topic of excursions seemed to cause us the most anxiety. We had no idea what to expect other than what we read in the provided brochures and pamphlets. It was definitely confusing! We did look through the booklets and narrowed our choices down to 1-2. In Progreso, we knew we wanted to tour the Mayan Ruins and we wanted it to be a shorter tour (4 hours instead of 7). We then talked with the on board Guest Services about our choices and he was extremely helpful in explaining these and helping us make our choice. 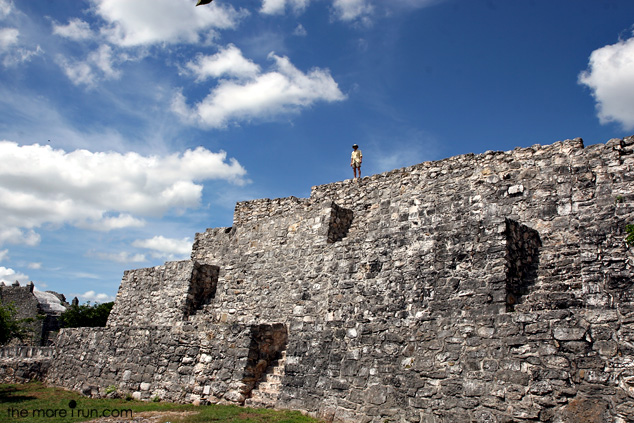 In Cozumel though, we had no idea what to do or expect. We honestly didn’t want to even book an excursion; we simply wanted to go to the beach and hang out and that wasn’t a choice given to us anywhere in those booklets! But again, we utilized the Guest Services and I simply asked if we had to book an excursion and explained what we wanted to do. I’m so glad I asked. This attendant was very helpful and explained everything to us in detail! She explained the layout of the Island of Cozumel to us and also told us the several things she has done there, too! Yay!! This is how we decided we would rent a car and go out on our on. Another great choice and we had a blast doing so!! 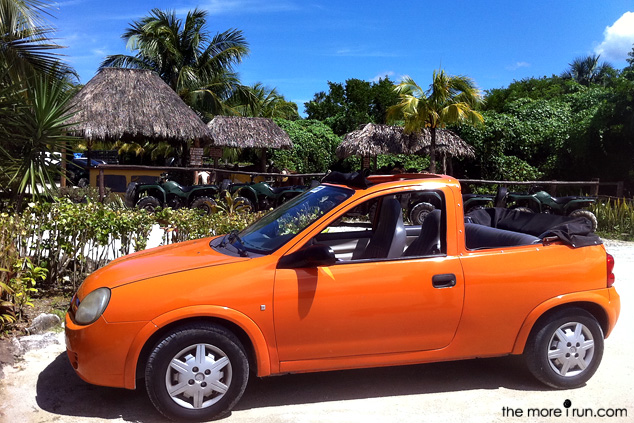 Just from the entrance to the Port are lots and lots of souvenir shops, an Information desk with someone to give advice about the city, as well as several car rental places, too. And just remember, prices are always negotiable. 😉

I think that’s it! That’s all I can think of right now. Feel free to comment or send me an email if you’ll be cruising soon and have any questions!

Here are some of the souvenirs I bought.

Pure Vanilla. Lame, I know, but it was very inexpensive and it smelled so good! 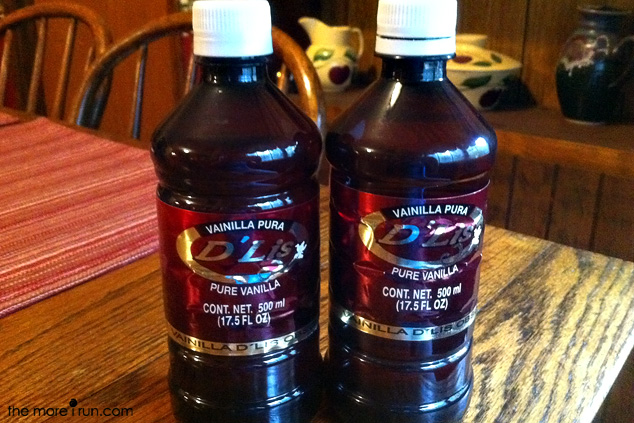 I always try to buy authentic pottery from our travels and I love, love this black and white, handmade pottery bowl I picked up in Cozumel. 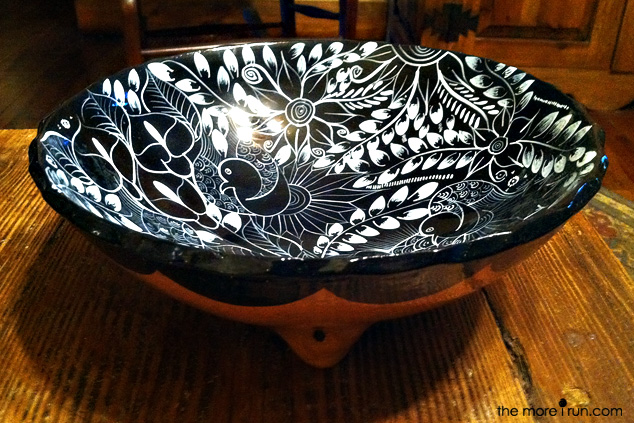 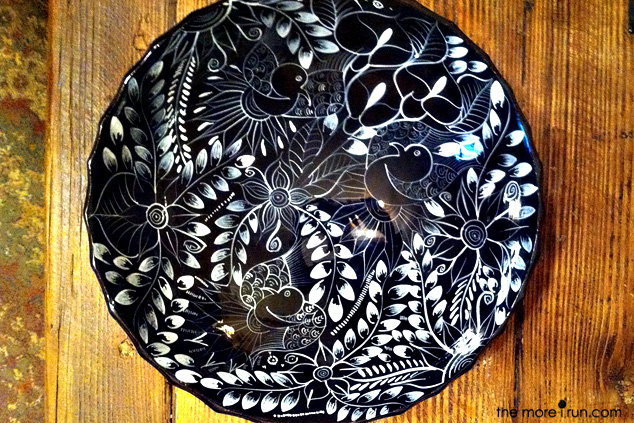 And I always buy a new Christmas Tree ornament every year to represent something we did that year. This year it’s the iguana! We laughed and laughed as we’d have to slow down and let an iguana cross the road! 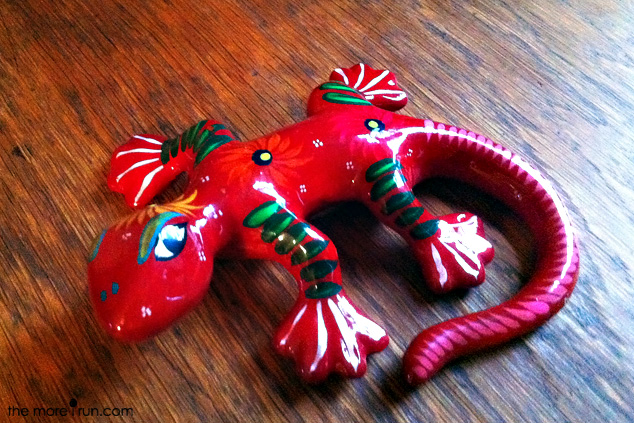 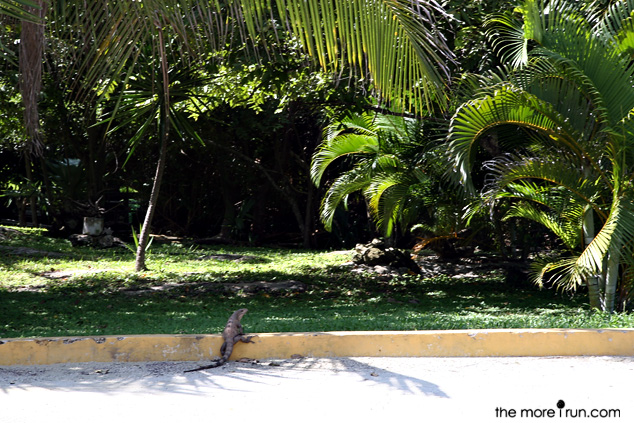 Do you have a special souvenir you look for when you travel?

Feel free to offer any cruising advice you may have also!