Today I’m thankful to live in the country.

Really.  It’s just something so different than living in the city.  As hard as it is to explain to someone who’s never experienced country life, I hope I’ve given you a glimpse of a little of what it’s like with a couple of posts I’ve written about moving a chicken coop and busting a beaver dam.

I don’t think I’d ever trade our dirt road for a freeway or the view of a starry sky for a city skyline and today was just another example of the reasons why.

Clark and I ran a different route today near his parents home and the fall colors are beautiful.  I couldn’t help but stop a few times to snap some pictures. 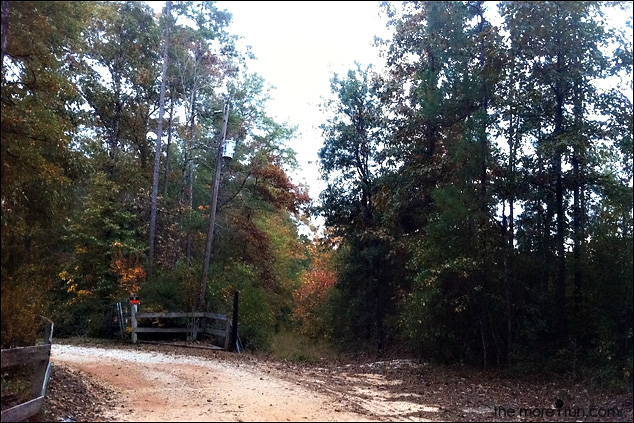 Then during our run, Clark was stopped by Ms Sadie and she shared her concern of a new calf that was lying in the pasture without its mother around him.  “The coyotes will get him if she don’t see after him”, she told him as she insisted he go try to move the calf. 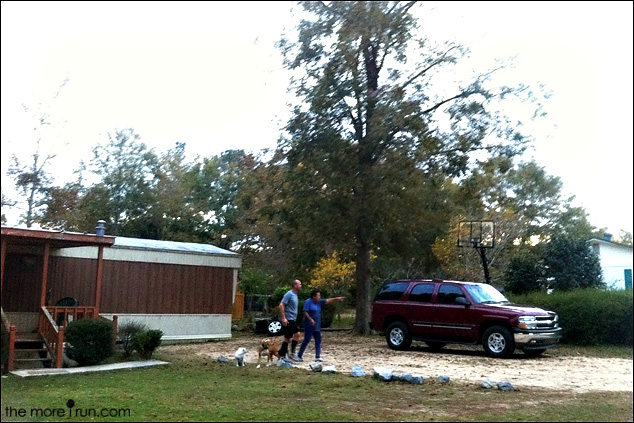 So what did we do?  Go out into the pasture of course in search of the calf.  (See that white spot lying there?) 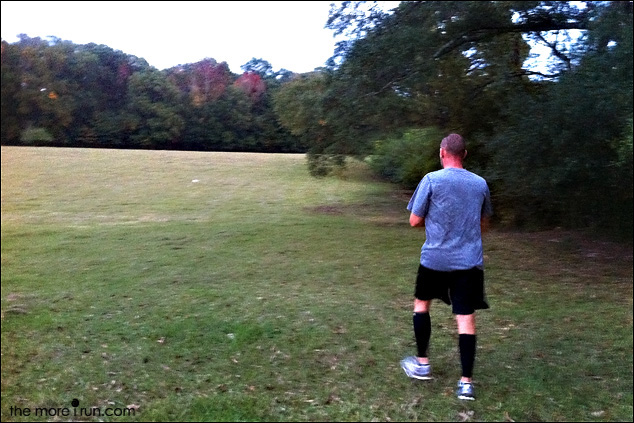 Since the mother had left it, we were afraid something may be wrong with it, but it stood up and walked as soon as we approached it. 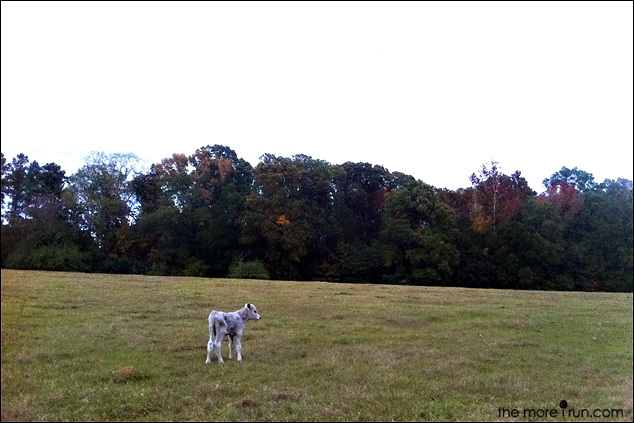 And we started trying to walk it to the other field to meet back up with the mama cow.  Although surprisingly she never came to his rescue, we could hear her calling him from the distance. 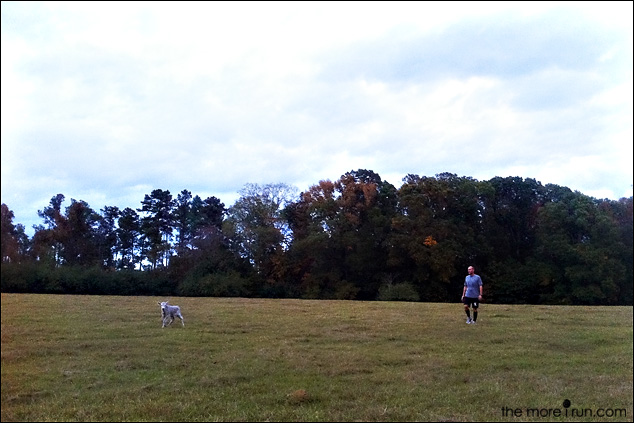 But he made a quick stop to me instead, then ran off back to his original place in the grass. 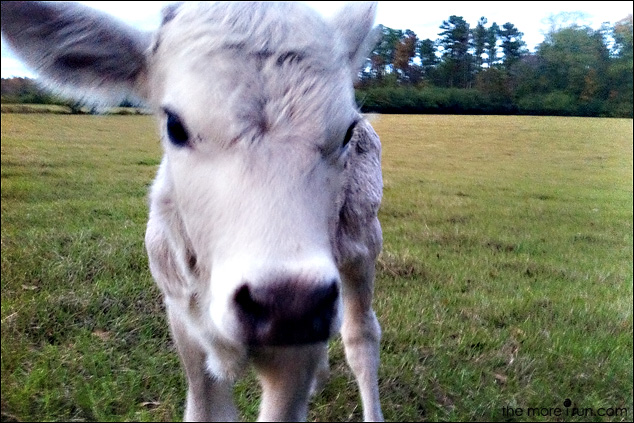 And with that, we left him alone and finished our run.

Just another typical day in the country.