I love to run.  I never ever thought I would say that.  I remember wanting to love to run, but hadn’t yet given it the chance.  Running makes me feel stronger.  It challenges me.  The thing with running is it’s not for anyone else.  It’s only for the runner.  I’m not a marathon runner by any means.  Heck, I don’t even run fast.  I struggle to keep my breath and I have to stop sometimes, but even if it’s a ‘bad’ run, it’s never a failed attempt.  Every run is a win.

But here lately, I’ve been in a running rut.  I want to run, but I’m so tired of running what seems like this same corn row over and over and over and over again.  Our running path is typically one-two miles up our dirt road then we turn around and run right back home.

Here’s what I’m talking about.

This is shortly after we first started running in January, 2011.  On our dirt road. 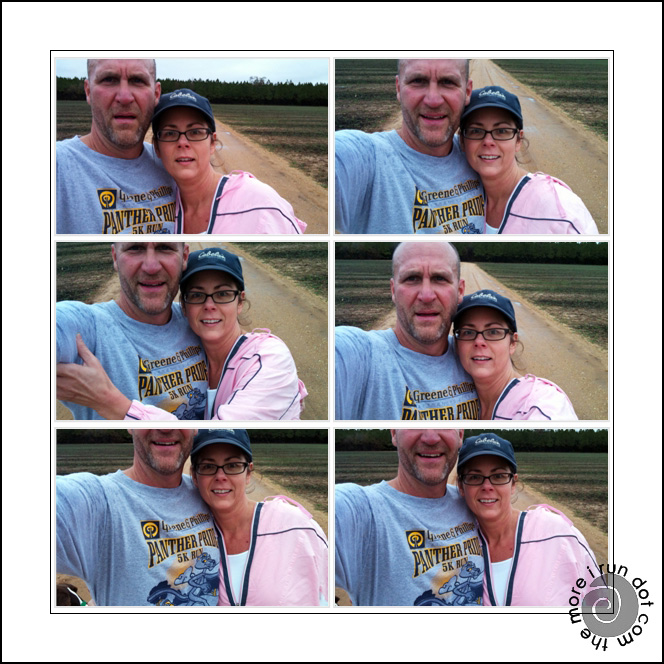 Here’s a picture of the Hank dog during one of our runs.  On the dirt road. 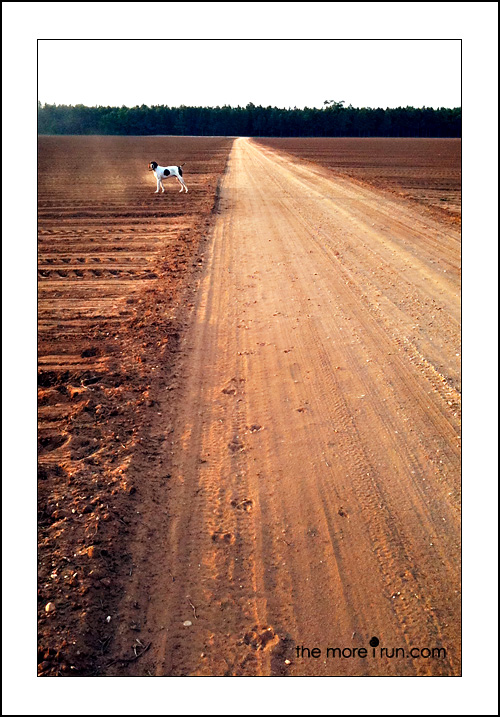 Here’s the dirt road during the summer when it’s so hot we really shouldn’t be running on it. 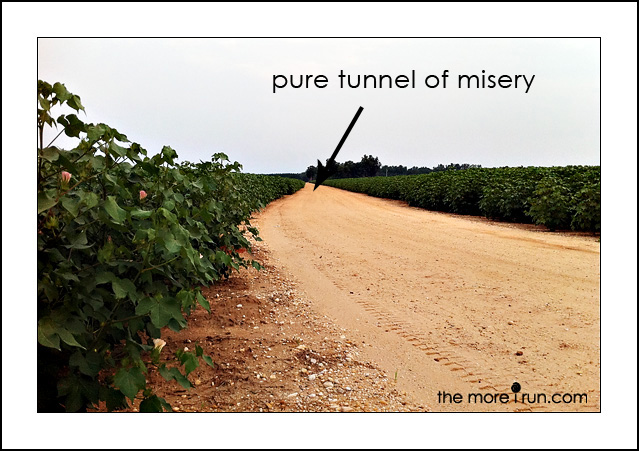 This is my typical view.  On the dirt road.

And here’s another.  On the dirt road. 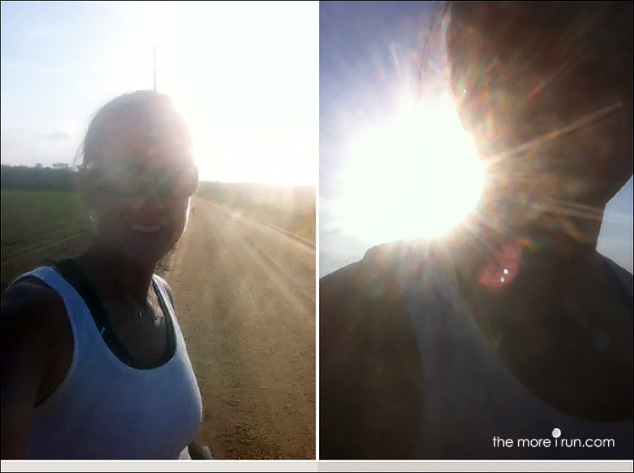 And here’s another.  Almost home.  On the same dirt road. 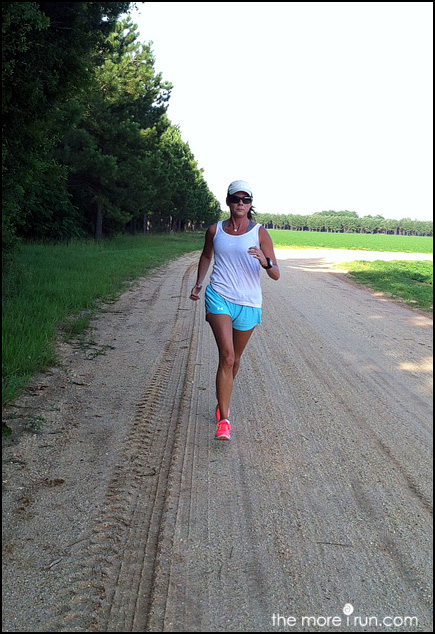 You get the idea.

Now don’t get me wrong, every opportunity we’ve had, we’ve run other places.  We’ve run at different locations around our community, we’ve traveled just so we could run and we run at the beach every time we go.

Yes this is a dirt road, but it’s a different dirt road. 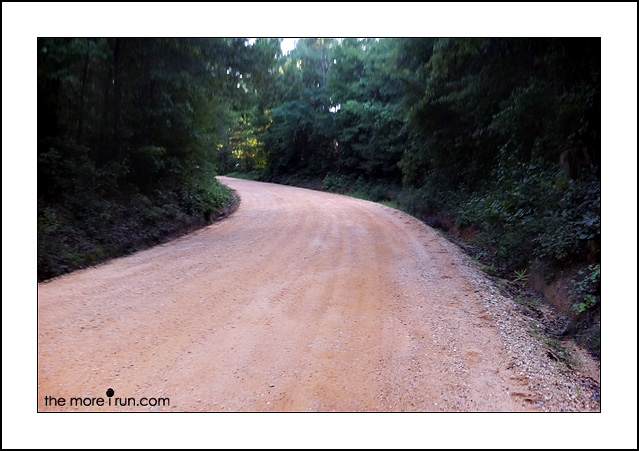 We took a road trip to Blakeley State Park  just to run.

We ran a different path near the Tombigbee River. 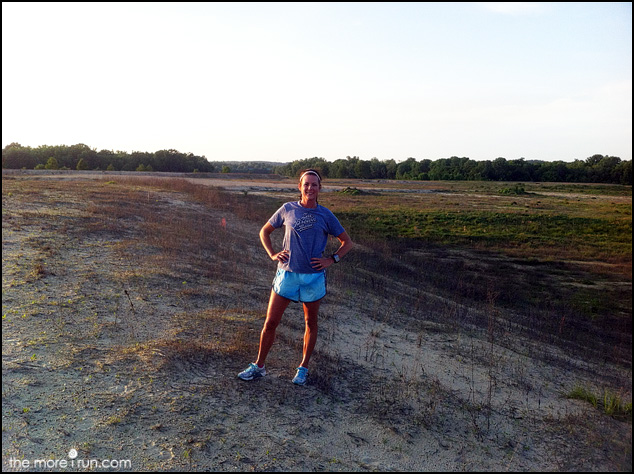 We run at the beach.

Again, you get the idea.

Living in the country, we don’t have the conveniences of easily running a different route.  It’s not like we can set the alarm early, drive somewhere different to run and then make it back for work and then in the evenings, it’s usually dark when we get home from work.

Because we’ve run this same boring, short distance day in and day out, I’ve convinced myself into thinking that I’m not a *real* runner.  I’ve also allowed myself to just not run at all.

18 Comments on I’m in a Running Rut