This post has been lingering in my thoughts for several weeks now and I’ve really not been sure quite how to express those thoughts.  But it seems with the evolution of social media, so is the growing trend of half naked pictures of “fit” women as well. Now let me precede by saying that if you want to show off your six pack or two liter, that’s up to you….totally….I’m not going to judge nor criticize you for your choice. It’s simply a matter of personal opinion and conviction and it’s just not what I want to do.

Here’s why.  For one, my kids would be mortified if I plastered myself like that all over Instagram and Facebook,  but primarily because having having a six pack set of abs is not what I’m about.  Because of the rise in social media, society and especially us women, are even more so easily caught in the trap of comparison.  Why do we do that?  Sadly it seems to be norm nowadays to have such sexualized images put in front of us all the time and we think nothing of it!  What we find ourself doing is one, wondering why can’t we look like the body or bodies conveying along our news feed, but we also become conditioned to being only concerned with someone else’s appearance rather than the person themselves.  I also don’t want you to feel like that’s your only standard of measurement in being healthy or reaching a particular level of fitness.

I’m also not saying that just because you’re in your 40’s, 50’s or beyond means that you can’t or don’t have them, but it does take work to achieve and maintain that highly sought-after ripped midsection and that’s just simply not a priority for me.  What I do hope is that my site, my mission and my philosophy portrays my real vision of:

[Tweet “Why having a ripped six pack set of abs is not my priority nor does it set a standard of being healthy & fit. #fitover40 #teamssamfitness”]

I want to create a following because I’ve inspired someone else to be their best self, get healthy, accomplish something great and enjoy life….not because of how I may or may not look. 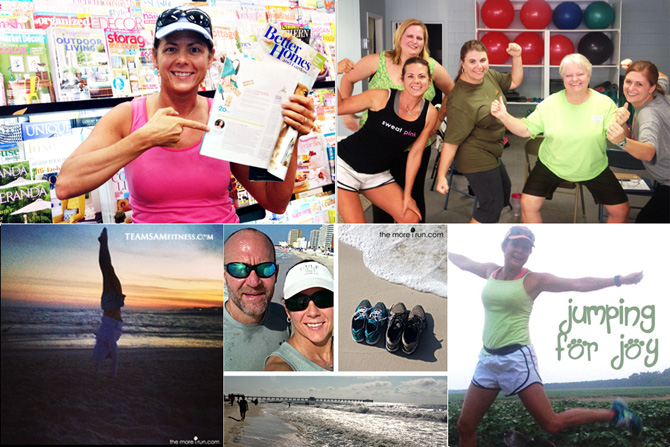