I’m not sure if I have the words to describe what these two days have been like.  Being filmed by an ad agency for a docu ad {for a major brand} has been one of the most incredible experiences of my life.  I’ll try to start at the beginning.

Even with the emails, phone and Skype calls, I still had reservations and doubted if this was really happening. An advertising agency was to fly all the way from Toronto to see me.  Toronto?!  To film ME?!  They had found me on my Instagram page and wanted to hang out with me for two days to film my life of simple fitness and to dig deeper into my definition of simple living.  But it was only until they actually arrived at my front door that I believed this was in fact really happening. 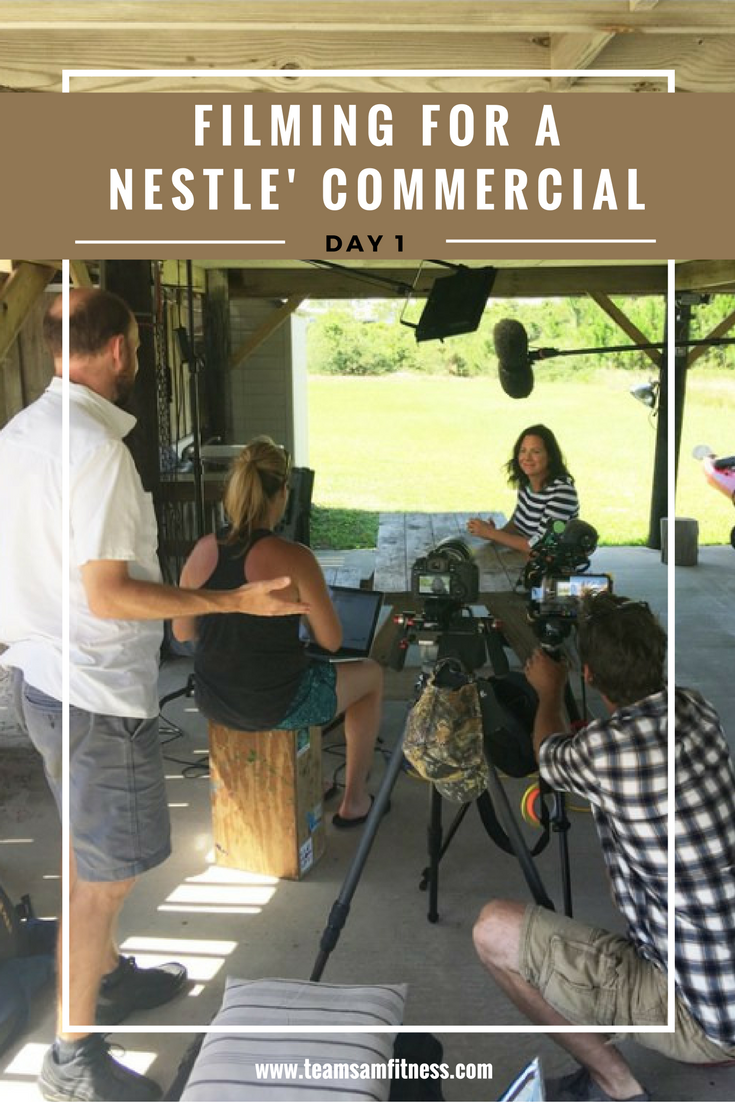 I’m also not sure if I’ve ever been as nervous as I was waiting for them to arrive.  I liken it to getting ready for a wedding and I was the bride.  “Just be yourself” was the advice from my family.  That would be the easy part. But you know when you just want everything to go smoothly–would the water be too rough, how would the weather be, would they approve my wardrobe–and never having done anything like this before, it was that unknown that weighed heavy on me.  But I suppose just like a wedding or any major event, just as soon as they arrived and it all began, I was relieved.

Day one would be filmed at the beach and beach house.  They arrived at 7 am and by 7:30 we were in the water and I was being filmed swimming.  Lauren, the director and Ryan, the camera guy both walked as far as they could into the lagoon with me and Liz, the assistant, hung back on the shore.  To say it was definitely awkward is an understatement, but as Clark and I walked back to our car, we realized it would be very similar to our years of photographing weddings.  They were here to direct us and document us just like we directed and documented so many couples on their wedding day.  We just weren’t used to being the subject and in front of the camera. 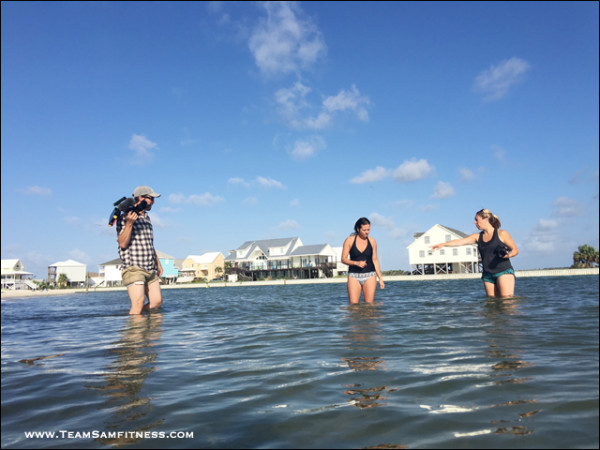 As we came back to the house, we were joined by Laura Lee, the makeup artist, Russ, a second camera guy and Steve, the sound guy.  Wha???  I showered, changed and Laura Lee had her on-location studio set up and waiting for me….and Liz brought coffee.  Ok this is good.  I really started to relax even more and we all chatted and got to know each other a bit more. 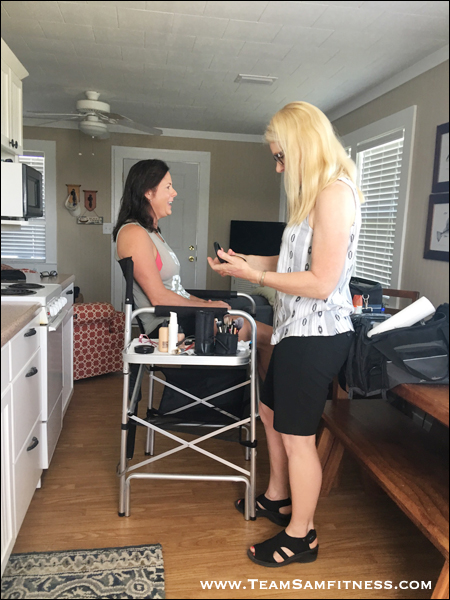 From there, Lauren wanted to film Clark and me kayaking.  While Steve inconspicuously donned us with our sound gear, Lauren, Russ and Ryan got all of their equipment together and ready to follow us in our small, aluminum boat with the outboard motor.  We kayaked for about an hour or so in the lagoon and canal.  We laughed at us, we laughed at them trying to maneuver the 9.9 as we refer to it and I reminded Clark that we were mic’d and to not say anything he didn’t want recorded!  haha!  Kayaking was one of my favorite times. The weather was perfect and the water and lagoon were exceptionally beautiful.  It was just what Lauren had looked for.  “It was perfect,” she said.  I was so relieved!  I told her that we see it so often we forget really how pretty that area is and I felt pride being able to show it off to our out of town guests.

[Tweet “Being filmed for a docu ad for a major brand is one of the greatest experiences of my life. “]

Again, we make our way back to the beach house and it’s still morning! We accomplished a lot in just a few hours.  Laura Lee was again ready and waiting for me for fresh hair and makeup and on to wardrobe change. Once ready, everyone was set up downstairs for the interview.  This is the part I feared I would be the most nervous, but I think it went really well.  I love talking about my mission of health and fitness and I especially love sharing the success I’ve seen in my clients.  Lauren asked me a ton of questions that went on for about two hours.  And surprisingly, it went by pretty quickly. 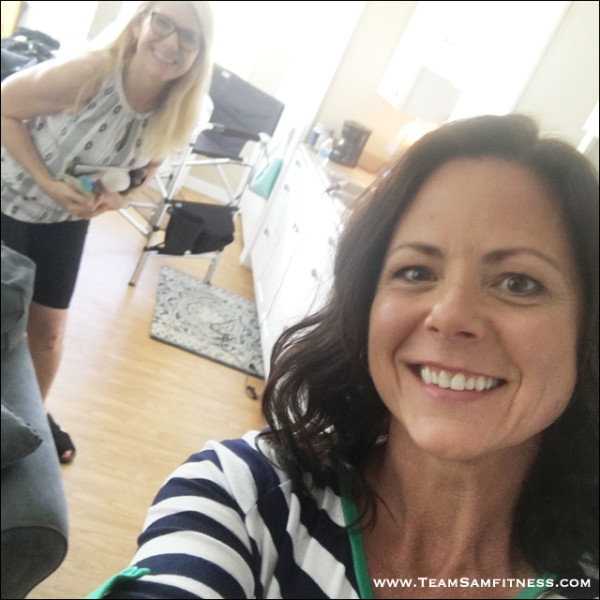 After our interview, Liz brought us all lunch (I got the fish tacos) and we all sat around the picnic table under the house talking. Clark and I also went on about how out of the ordinary the weather was-the temperature and humidity lower than usual and the breeze couldn’t have been any better. 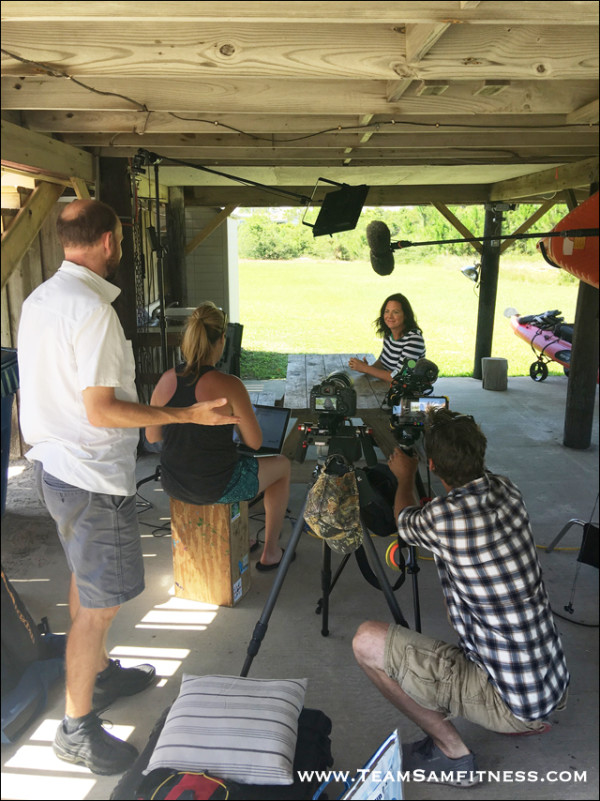 After lunch, we interviewed for another half hour or so, then took about a three hour break waiting for the sunset and our evening run on the beach.  During that break, my son came in, as well as my brother…so that was a good time to just sit around, talk and relax.  Laura Lee even gave a final touch up on my hair and makeup before she left for the day.  Sitting in the swing…having someone fuss over me like that…brushing my hair.  I could get used to that. I wonder what Joseph is thinking? lol 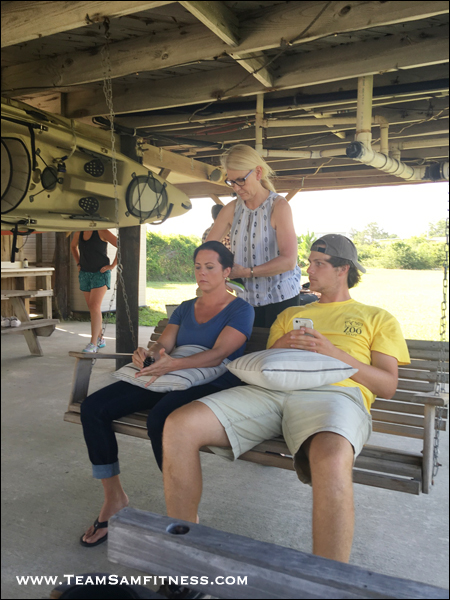 The sunset over the beach was as usual, beautiful.  It was pretty funny watching other beach-goers watching us. As Clark and I walked, and chatted (all while being filmed), we laughed at what they must be thinking.  We finished up around 8:30 pm that first night and scheduled to start again at 8 am the next morning in Leroy.  We got home around midnight and after some last minute tidying up, finally crashed in bed by 1:00 am.

It was a good day.  See you tomorrow!