Of all the emails I get, do you know the number one struggle I hear the most…seriously, like in every email and even those survey questions I ask when women join my FB group, the answer is always the same.

It’s Motivation.  “I lack motivation” or “I need motivating” or “I’m joining to get motivated”.

And sadly, that is the one problem I Can’t Fix.

It doesn’t matter how many funny or inspirational memes I share, the articles I write, the recipes I post, the food I eat, the workouts I do, the exercises you could do, the guest speakers, the meal prep ideas, lunch ideas, protein shake ideas….you get the idea.  Nothing.

I’ve even had someone tell me that some of those things have Discouraged her, making her feel inadequate and that she’ll never get there.

Which proves my point even more: Nothing can motivate you but YOU. 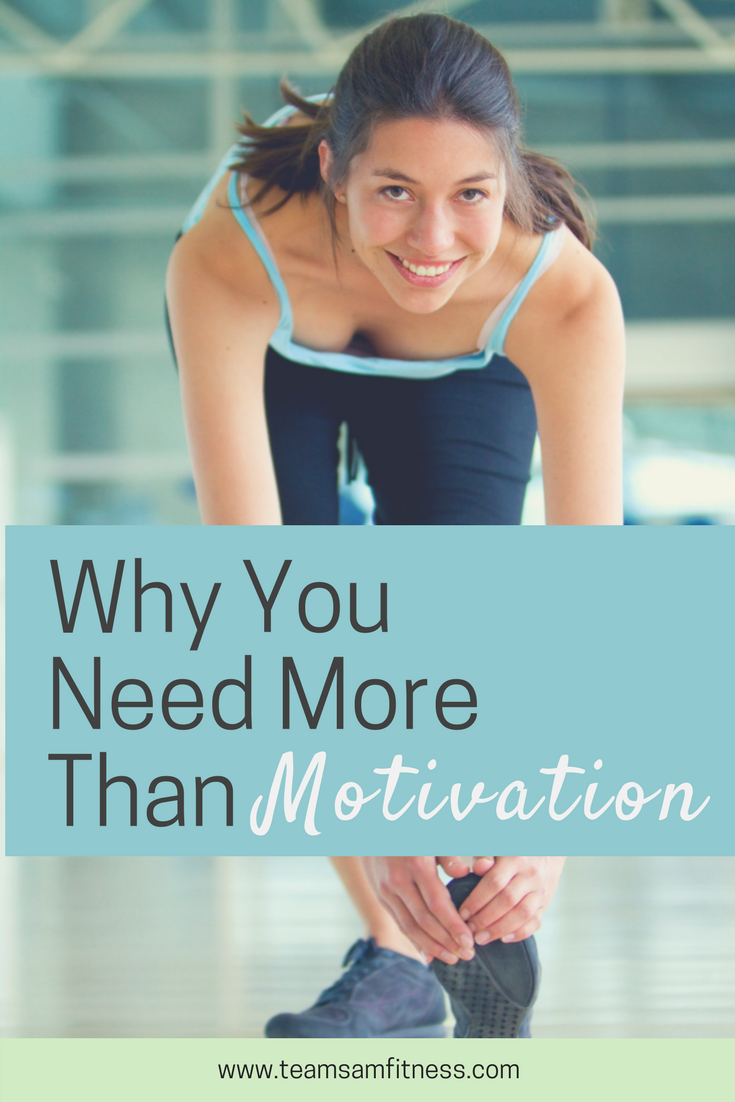 Motivation is a bunk.  It’s a myth.  It’s a delusion and a trap that will paralyze you from doing anything at all.  Think about it:  how long have you been Waiting to Feel motivated to do something.

If you been waiting for that feeling or lightening bolt moment, unfortunately you’ll most likely still be waiting this time next month, next year and so on, all while blaming the lack of motivation for it.

Sure there are things that may inspire you and you suddenly get that warm fuzzy feeling and think, “I’m going to do this”.  But until you do that’s all it is: a warm fuzzy Feeling.

Motivation is a constant battle between you and well, you.  You know you Should be doing things, but you’ll also find every excuse in the world Not to.  Again, unfortunately, Motivation won’t fix that.

I’ve also read that “motivation is a result of the process, not a cause”.  Reread that and let that sink in. What does that mean to you?

Do you feel motivated to go to work everyday?  I would guess No.  But rather You do it bc it’s what you have to do.  You do it bc you’re rewarded for doing it (in the form of a paycheck) and if you love your job, you do it bc of the satisfaction you get from doing it.  That reward *causes* you do Keep doing it.

College students aren’t motivated to write 16,453 papers or study all night long for midterms, but they do it for the Reward (in the form of a degree).

Athletes don’t spend hours in training (and all the sacrifices they make while doing it) bc they are necessarily motivated, but bc of the reward they gain bc of it.

[Tweet “Motivation is a bunk.  It’s a myth.  It’s a delusion and a trap that will paralyze you from doing anything at all.”]

Your personal life and goals are the same way.  You do it bc it’s what you have to do.  You do it bc of the reward you’ll get from doing it.  And when you don’t, it’s not necessarily that your reward isn’t big enough, it’s that you don’t Value the reward enough.

Action must come first in the form of Discipline.

Stop waiting to “feel” motivated and instead become more disciplined to take action bc it’s necessary to receive your reward.

You have to decide your reward.  You have to make the Choice to become disciplined to go after it.  Yep and as simple as it sounds that’s all it is is a Choice.  A choice to take action or a choice to give it to all the reasons Not to.

In ALL that I do (go back through that list above) is not necessarily meant to Motivate you (Oh but I do give it good effort), but rather provide you with the tools and action steps you need to help you achieve your reward….but the choice to use them is up to you.

Do you struggle with lack of motivation? Do you want to want the tools and action steps I’ve taken so you can start seeing results? Learn more about Nourish,  where I’ve been using to help my clients lose that weight and fat they’ve never been able to lose before – all without sacrificing or feeling like crap while they’re doing it.

When you finish this plan you’ll feel more confident about yourself, what to eat (and eating out), and can finally stop dieting and start living!